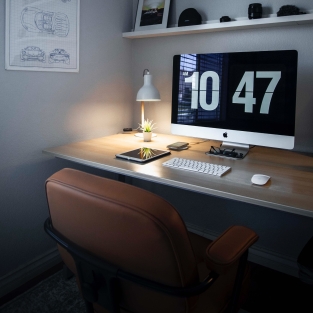 Photo by Michael Soledad on Unsplash

I’ve been spending a lot of time as of late trying to determine patterns within successful products that I’ve seen, and I think I’ve finally found one that summarizes each of them pretty well. It’s quite simple, but I think there’s a lot of nuance to be developed here that would set this up to be a sophisticated theory. In this blog post, I want to lay down the fundamentals on how each new successful product brings the world towards convenience.

The baseline thesis for this is actually quite an obvious statement: every successful product/invention made the world just a little bit easier. No one should make products to enforce the status quo — and especially not to make things worse — and yet, there is a difference between having things be somewhat better versus fully better. In order to truly be successful, products must develop ease of access on all fronts, i.e. they must be convenient for the users, and the producers, and anyone who would be interacting with it on a daily occasion. For example, Uber has two main consumers: the actual users/riders, and the producers/drivers. In order for Uber to have been a successful product, it had to improve convenience for the user by making the ride ordering process easy, as well as improve it for the producer by making the ability to connect to new riders easily. If you only get one part of this equation right, then there’s going to be problems later down the line; especially if someone else ends up perfecting the equation before you.

So, in order to get the tech right and nail down the convenience factor, optimally two things need to happen: the tech needs to be mature, and it needs to be handled by people inside and out. Optimally, you would want a good team to come in just right before the tech is mature enough to get the largest amount of market share, but timing this can be quite difficult. “Maturity” is also a pretty esoteric concept that would have different definitions for each type of tech, though I believe it could be simply summarized as the point where the positives deeply outweight the negatives. For example, I would say VR tech hasn’t reached the point of maturity; there’s still a lot of problems with price point, mobility, and long-term use that need to be solved in order for it to start breaking through to a larger market. Smartphones, however, would be considered a mature technology, since it has gotten to the point where you can easily say that smartphones are on almost all fronts more convenient than the flip phones and landlines of yore. This follows as to why the team behind the product is so important; they were the early adopters and would know exactly what the tech needs in order for it to be successfully maturized. Tech can only be convenient when it is mature.

I also don’t think the profit model has to necessarily be connected to the tech. Google is a great example of this; their convenience factor is obviously Search, allowing the access to the internet to be more convenient by making its pages easy to access. But Google doesn’t make money on Search; they make money on Search Ads, which really isn’t that much bigger of a leap. Same thing can be said with Facebook; selling data doesn’t provide an insane convenience factor, but allowing for an easier way for people across the world to communicate and share with each other is.

Speaking of selling data, there’s also a lot of problems that come alongside developing towards convenience, things such as privacy and socialization. I believe that these problems will likely be solved by convenience tech down the line (for example, a maturized blockchain could be an answer to the data problem) but I also think we need to be careful not to step back and lose convenience by trying to solve these problems; the only way to get people to pay attention is by moving forward, not moving back.

Since I personally believe a lot of what I’m saying is pretty esoteric without concrete examples, I wanted to add an appendix to this post that goes over some of the biggest companies in the world as of now and why they would suit this hypothesis.

Anyway, that’s all for this one. If you want to keep in touch, check out my biweekly newsletter! Following this will give you the low-down of all the new stuff I’m working on, as well as some things I found interesting. As an added bonus, you’ll also receive the Top 10 Tools I Use on a Daily Basis to help better manage your workload and do higher quality work in a shorter amount of time.